At Timbawood we have recently completed extensive restoration work on the arched sash windows of a beautiful Grade II listed property in the London Borough of Richmond, South West London. 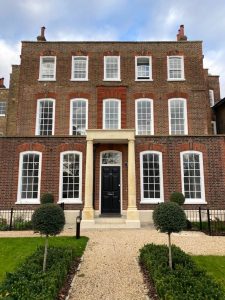 The property, a former convent overlooking Ham common, was being converted into luxury retirement apartments by a leading developer.

The beautiful early Georgian property features a series of elegant arched sash windows, as well as a striking feature window at the rear with ‘sunburst’ design.

The building’s listing in Historic England shows that the main block was built in the early 18th century, with the wings being built later in the 18th century and early 19th century.

It required delicate repair work both on site and in our factory to preserve the windows and their frames.

Because of its listed status and the condition of the windows, planning officers asked us to retain and repair the windows and doors as much as possible rather than replacing them.

We were able to repair most of the windows and doors, with some needing to be replaced. 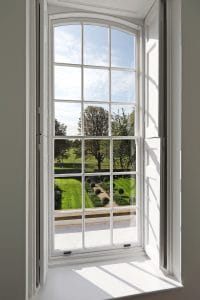 Where the frames could be saved but the sashes were in poor condition, we replaced the sashes only with exact-match replicas and restored the original frames.

For those windows that could be repaired, each window was overhauled, deglazed and reglazed and any damaged timber was carefully repaired. We also added full perimeter draught-proofing with compression seals, and high security hardware, to upgrade both the security and the thermal insulation of the sash windows.

Because the original windows had been replaced at different times, each window was unique, with a variety of glazing bar thicknesses and configurations to contend with and preserve.

A beautiful Victorian conservatory extension that had been quite badly damaged also required extensive repair and reglazing work.

As you can see from the photo gallery, the results are impressive, with the building returning to its original Georgian grandeur and elegance. 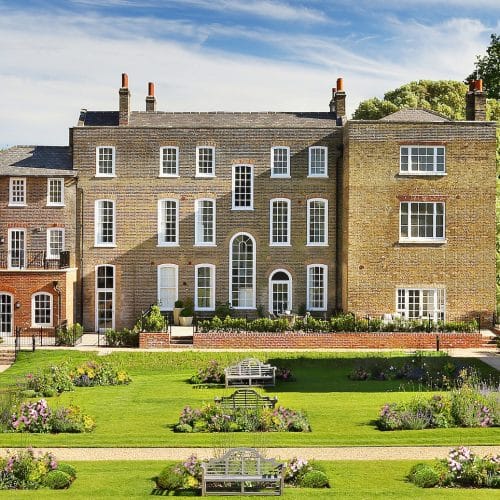 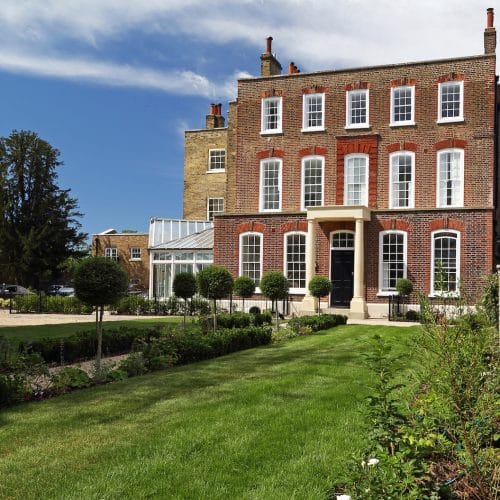 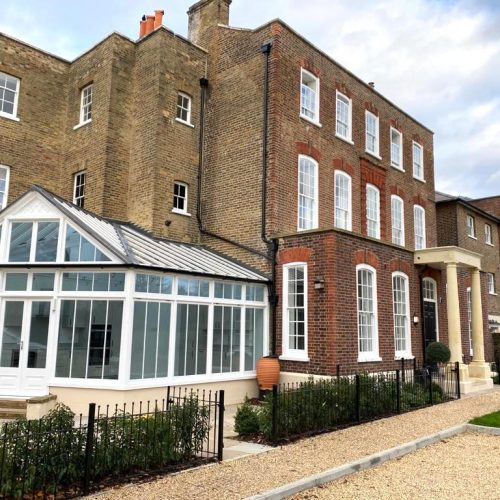 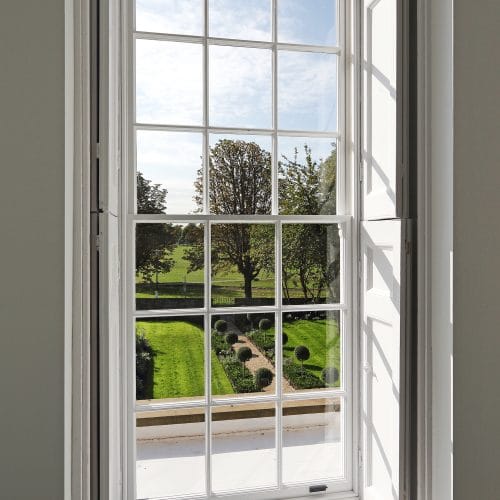 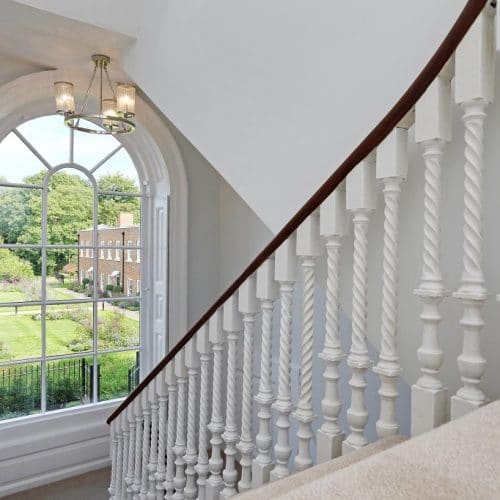 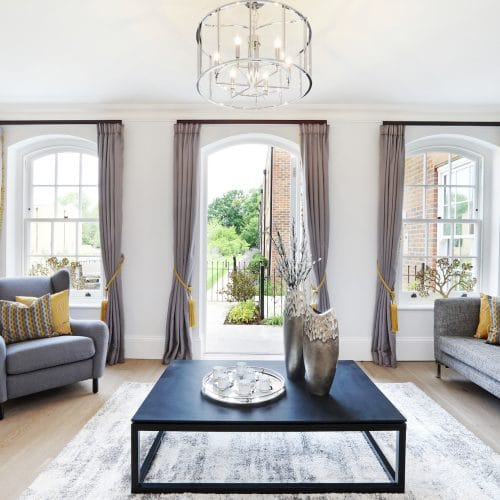 At Timbawood we specialise in the sensitive repair and replacement of single and double glazed timber windows and doors for period, conservation and listed properties, throughout London and the South East.

All our heritage windows and doors are handmade to order in our London factory.

We offer the full range of products and services for period properties, including timber casement windows, French doors, Front doors, bifold doors and internal/ fire doors. As well as offering full replacement and repair, we can also fit new single or double glazed sashes/casements into the existing frames – if the frames are in good enough condition to be saved.

Our timber windows and doors have been approved for listed and conservation properties by over 30 planning authorities throughout London and the South East. This includes approval in many of the authorities to fit our slimline double glazing, which looks just like single glazing – but has the insulation benefits of double glazing.

To find out more about the options available, please get in touch to speak to one of our team or to arrange a free survey or quotation.