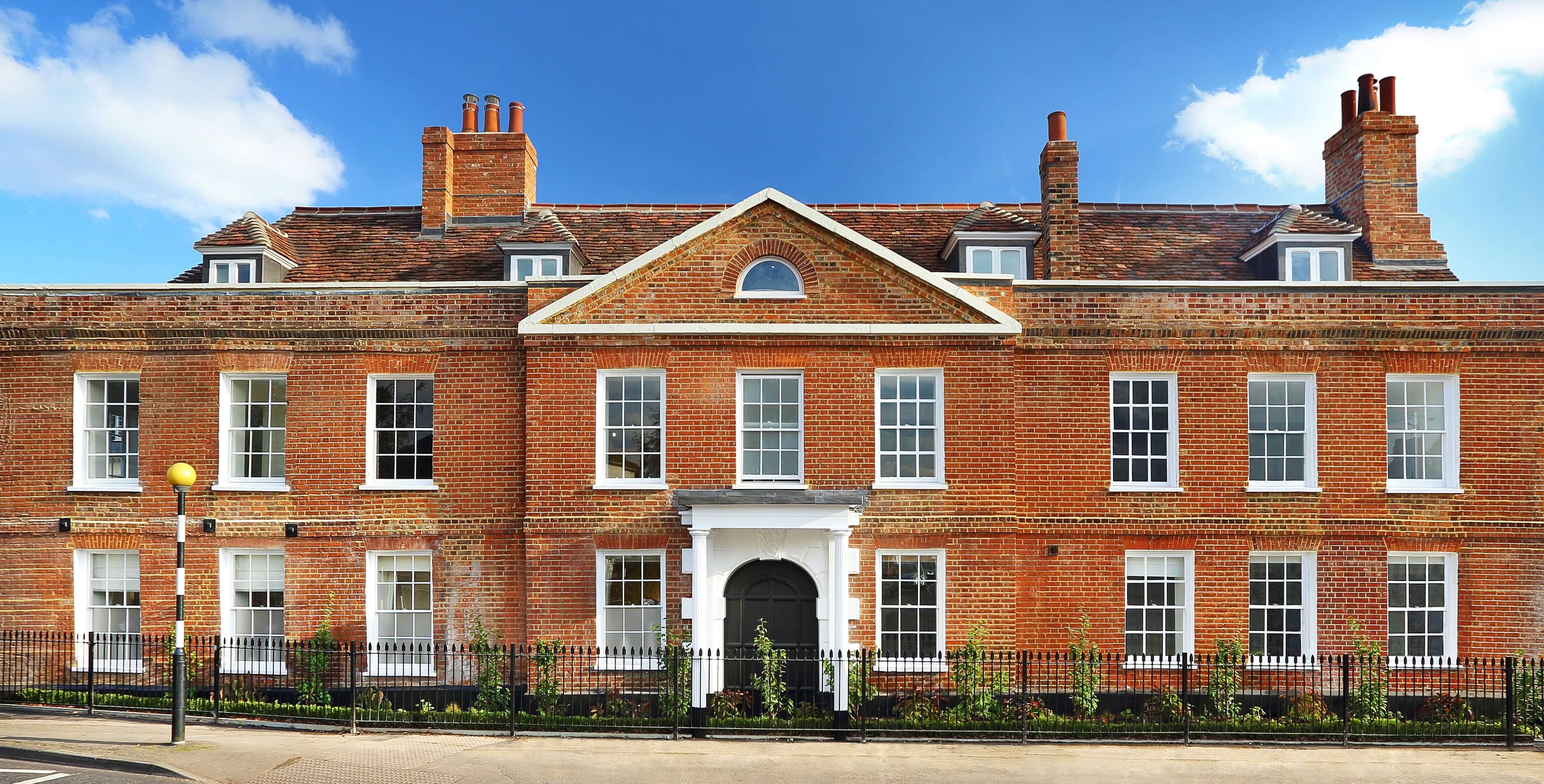 Throughout the ages, sash windows have been designed and manufactured in different ways, but there are some key features that each era is known for. At Timbawood, as experts in preserving Britain’s architectural heritage, we specialise in repairing and replacing period windows and doors – including Edwardian, Victorian sash windows and Georgian sash windows – to their original design and specification.


While designs became more varied later in the era, Georgian sash windows and buildings are marked by their uniformity and classic, understated details.

The proportions of Georgian sash windows are typically based on squares, both in terms of the shape of the windows and the spacing between windows and floors (see above).

It wasn’t possible to manufacture large panes of glass so windows were typically made of several smaller panes in a grid of solid timber glazing bars. In keeping with the understated elegance of the buildings, glazing bars and frames were thinner than they would become in the Victorian era.

From the 1740s, Gothic Revival architecture started to emerge and became more popular from the 1820s, typified by arched sash windows and casement windows, and more decoration. Windows were often filled with delicate arched glazing bars and leaded lights (see below). 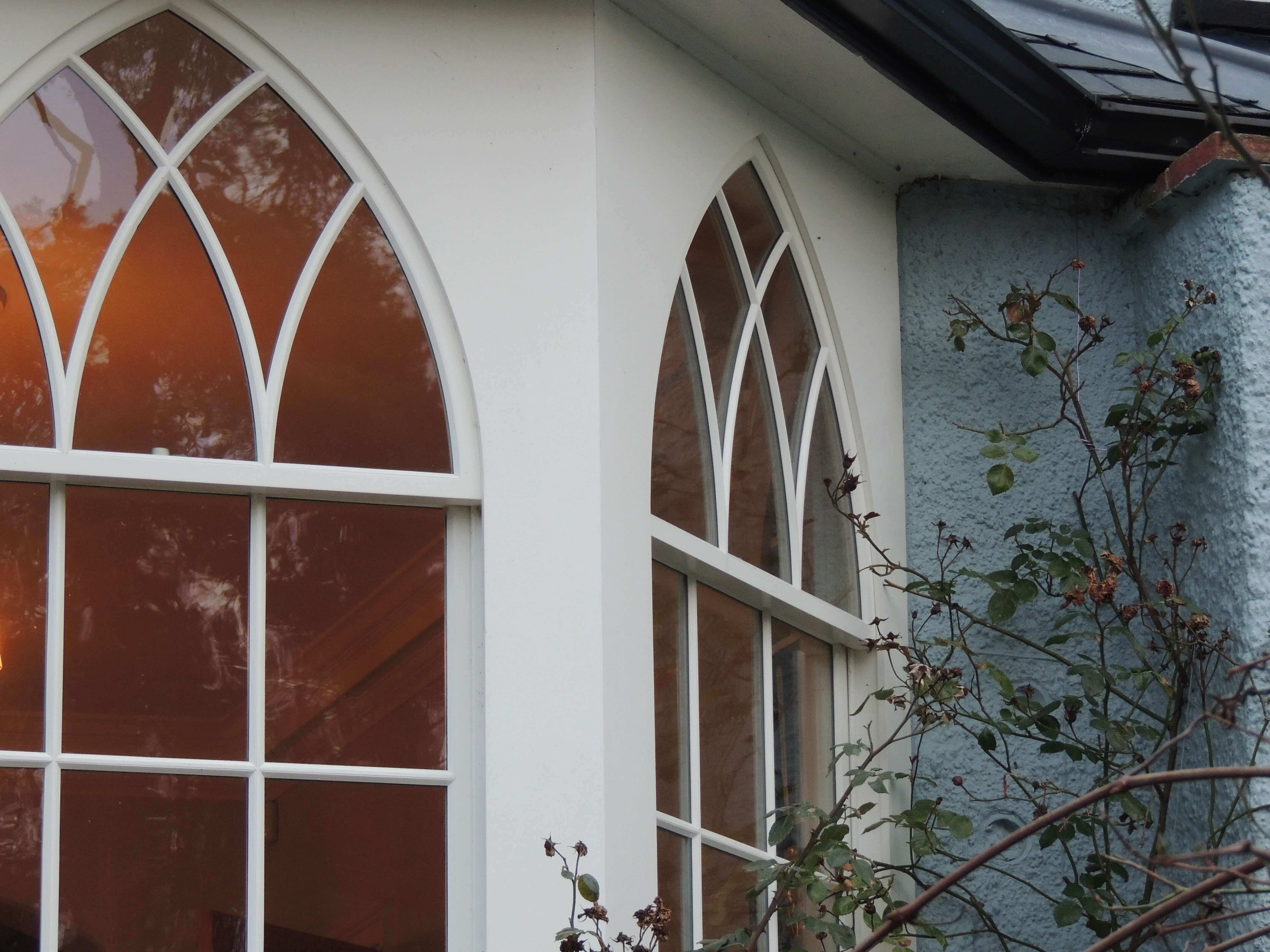 From the 1840s, neoclassical architecture remained popular for Victorian sash windows, but a greater variety of styles emerged and the Gothic Revival continued to gain popularity.

While Georgian architects prized uniformity and regularity, the Victorian architect started to favour individuality, with a new emphasis on the picturesque and irregular. From the 1850s large bay windows, often of two or three
storeys with decorative surrounds, became a key feature of the facades of many Victorian homes.

Sash windows continued to be a popular feature of Victorian housing but because of the production of larger sheets of glass, large individual panes emerged with fewer glazing bars. An entire sash could be filled with one sheet of glass. Frames were typically thicker and manufactured with full mortise and tenon joints that featured horns.

At the turn of the century, the emergence of the Arts and Crafts Movement led to the rise of a new style often referred to as the ‘Old English Revival’. Architects such as William Morris favoured handmade stained glass and tiles. Romantic features such as oriel windows, gables and even turrets started to appear on red brick domestic architecture.

Another style to emerge in the late Victorian/ Edwardian era is generally known as the Queen Anne Revival, a famous example being Bedford Park in Chiswick by the architect Norman Shaw.

Throughout suburban London and towns in the Home Counties and beyond, large red brick houses began to feature porches, wooden verandas and gables. Sash windows and casement windows were more likely to vary in size and shape. 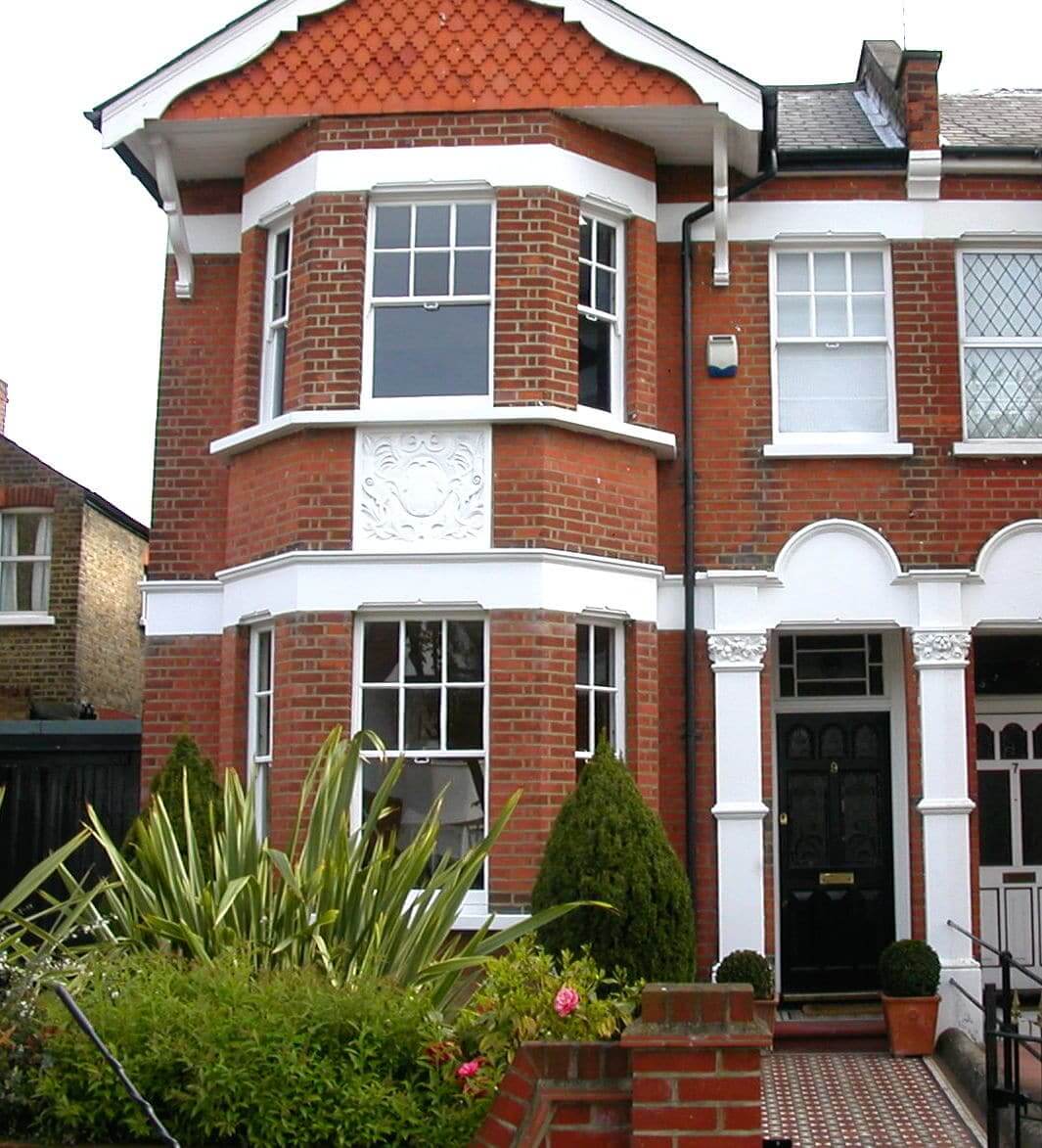 Although window styles throughout the ages have changed significantly, some window specialists are able to exactly replicate the design and finish of any period windows, whether they’re Between the Wars, Edwardian, Victorian, Georgian or earlier.

At Timbawood we offer exact-match replacement and refurbishment of sash windows and casement windows, including exact-match mouldings, glazing bars and section sizes. For period windows we cover every detail and can include options such as restoration glass which replicates the uneven look of the original period glass, slimline double glazing that looks just like single glazing, and a hand-puttied, hand painted finish.

Our windows and doors have been approved for listed buildings and conservation areas in over 30 planning authorities.

Get in touch if you’d like to speak to one of our experts.