Throughout the ages, front doors have been designed and manufactured in different ways, according to the tastes of the time and manufacturing processes available. At Timbawood, as experts in preserving Britain’s architectural heritage, we specialise in replacing period windows and doors – including Victorian, Edwardian front doors and Georgian front doors – to their original design and specification. 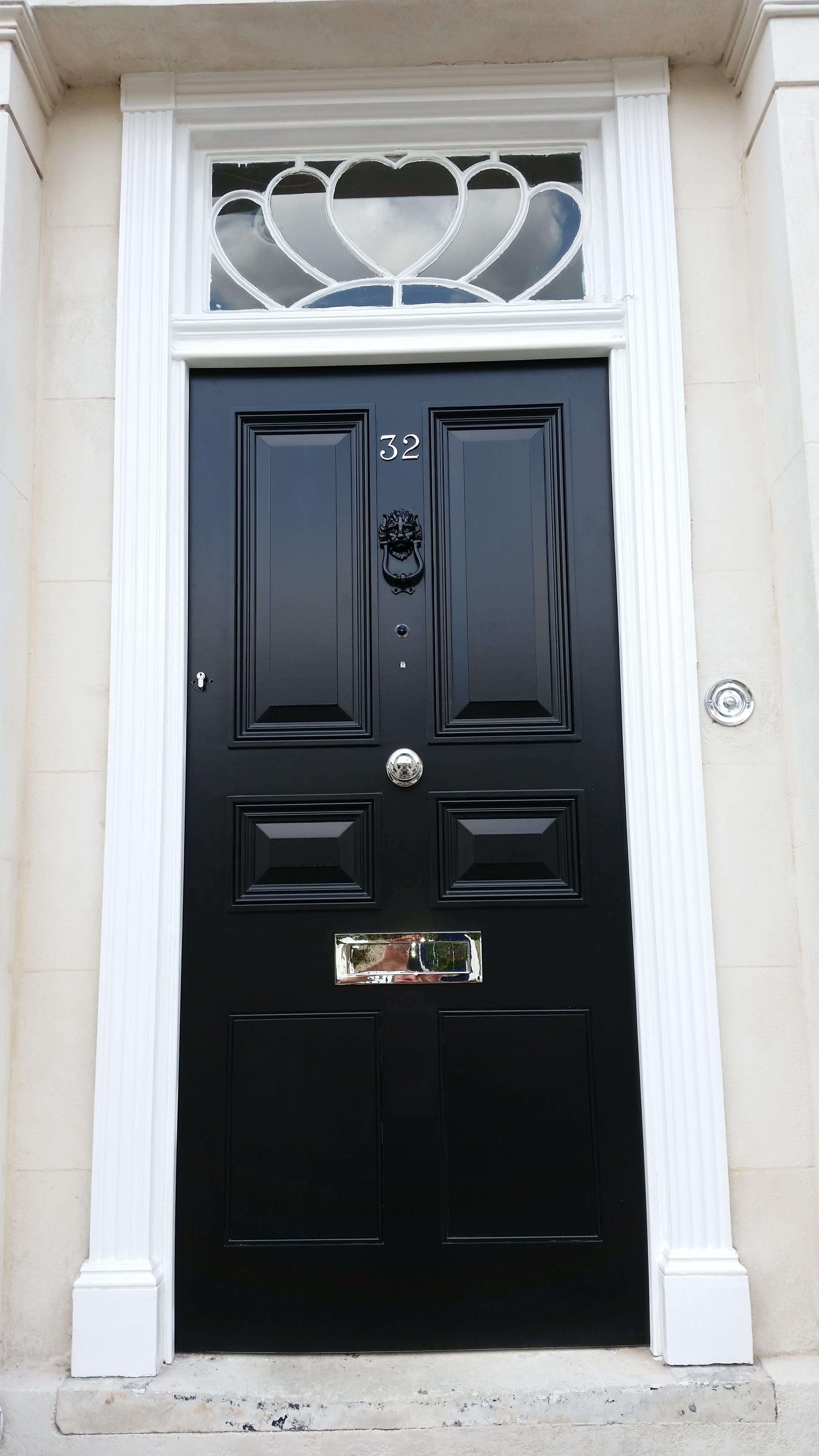 The front door is a prominent, key feature of Georgian town houses. Georgian architecture is characterised by its symmetry, uniformity and elegant, balanced proportions. It is a style inspired by the classical architecture of Greece and Rome that had been revived in Italian Renaissance architecture in the fifteenth and sixteenth centuries.

In the 1720s, the fan light – a semi-circular window above the front door – started to appear as an attractive way to get more light into the front hallway. Fan lights became more and more popular and reached a peak between 1760 and 1780, featuring decoration such as iron or lead spokes in a wheel design radiating
outwards from a central floret.

From the 1840s Georgian uniformity started to make way for Victorian individuality, with a greater variety of styles, including Gothic Revival architecture which became more popular.

Large bay windows, often two or three storeys high, became the prominent feature on many Victorian homes after 1850, which relegated the front door to a less prominent position – even a side wall. 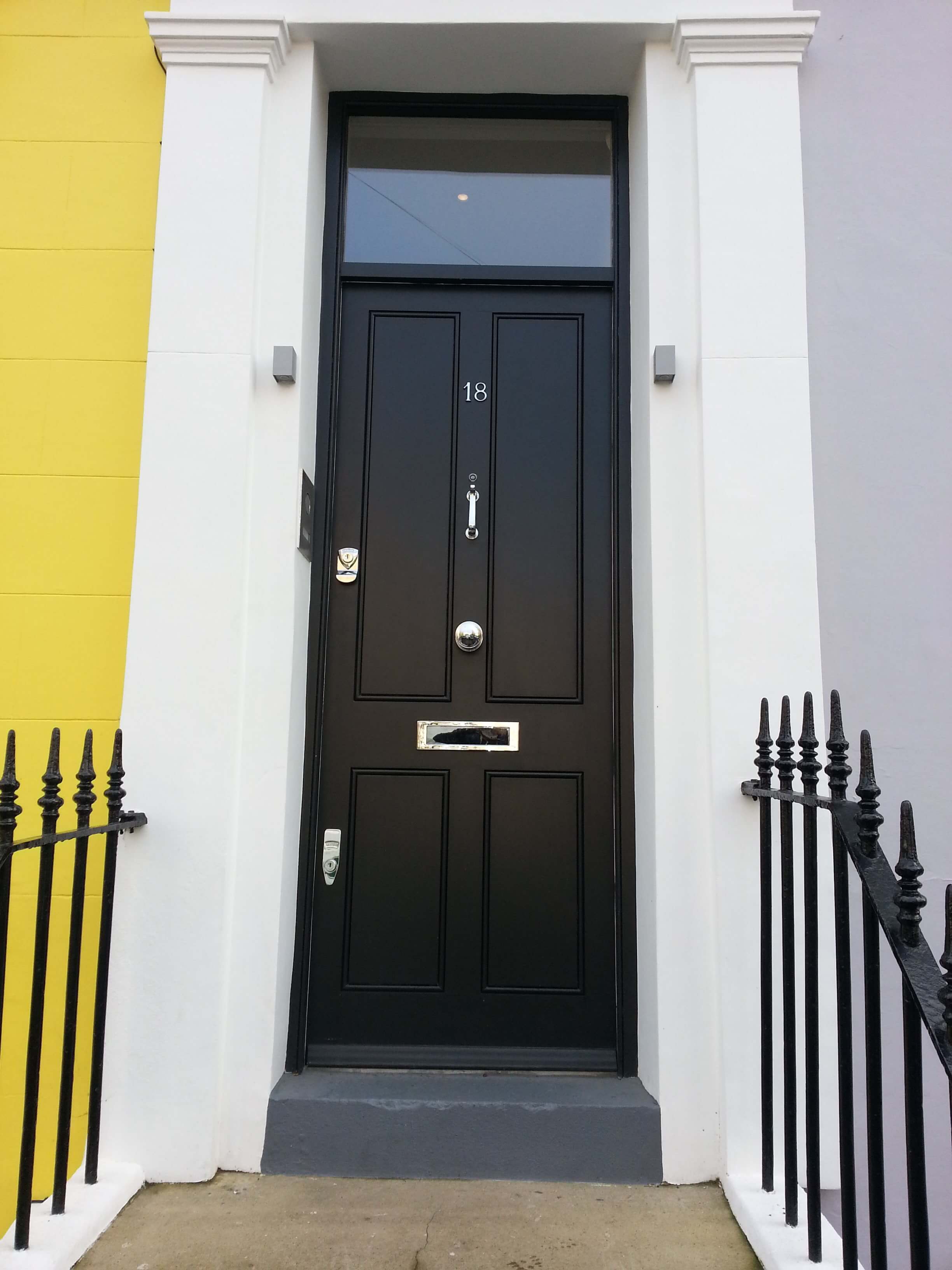 Victorian front doors often had four panels instead of the typical Georgian six panel front door. Ironmongery was often made of cast-iron and tended to be heavily ornate. Following the introduction of the penny post in 1840, this also usually included a letterbox. 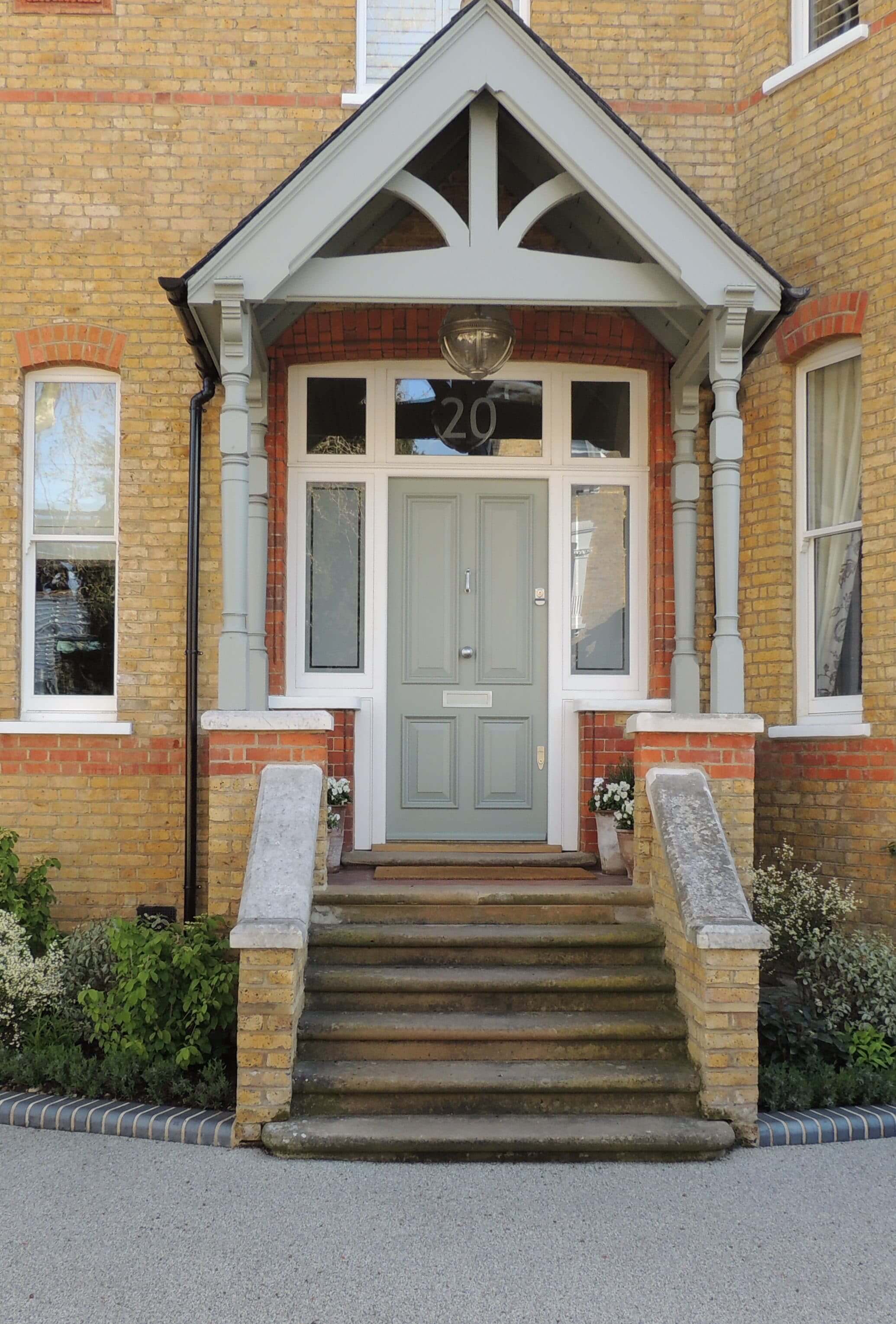 At the turn of the century, a move toward handmade and away from machine made decoration led to the rise of a new style often referred to as the ‘Old English Revival’. Throughout suburban London and towns in the Home Counties and beyond, large red brick houses started to emerge that featured porches, wooden verandas and gables.

Stained glass became popular for front doors and porches while the floor and dados of porches and hallways were often finished with decorative tiles.

Although there have been a huge range of front door styles throughout the ages, from the timber and panelling to the glazing and ironmongery, some front door specialists are able to exactly replicate the design and finish of any period doors, whether they’re Between the Wars, Edwardian, Victorian, Georgian or earlier.

As specialists in timber windows and doors for period, conservation and listed buildings, at Timbawood we can carefully match your existing front door, or work with you to create a unique design that stays true to the character of your property.

Our windows and doors have been approved for listed buildings and conservation areas in over 30 planning authorities.

Get in touch if you’d like to speak to one of our experts. We primarily serve Central London, West and South West London, Middlesex and Surrey.